Can you truly fall in love with a place?

What better time to ponder such a question than Valentine's Day. And the answer, for writer Ella Alexander, is yes – her heart really does belong to Sicily 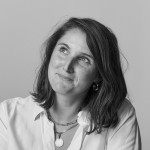 My obsession began with a boy. My best friend and I had embarked on a two-month interrailing trip around Italy during our university break, and we began in Sicily. We began in Syracuse, to be specific: an idyllic, sun-drenched city, where we met a group of 20-something Sicilian men, who laid on the full monty of Italian charm. We were serenaded with accordions, ambushed with roses and ferried to and from parties in bashed-up Cinquecentos while we swigged Birra Morettis in the backseat. Gelato was bought and moonlit walks along the beach were had. Subtle it was not.

I became close to a bronzed local fireman called Carmelo who wore the kind of tiny shorts almost exclusively seen in the Med, and talked in what felt like a language built solely on ‘Amore mios’ and ‘sei Bellas’. I had a boyfriend at the time, so we never so much as kissed (though not through a lack of trying on his part). We held hands a few times, but that was as amorous as it got – the whole thing was very innocent. We had spent a week in Syracusa and were off to Taormina, a town we’d heard about before our trip, but our new friends advised us not to go on there grounds it was expensive and touristy. Instead, they said, try Catania, a busy city further up the coast known for its nightlife. As two stubborn and bloody-minded travellers, we ignored them, ventured to Taormina and were soon stung by the prices and a general unwillingness to give a table to two scruffy young women who would stay all night and eat just bruschetta.

So we headed to Catania, where the fireman and his friends met us in the piazza near our hostel. As the evening went on, the hostel staff laid more and more tables out in the square until there was no room left. There was live music (I’m not sure if this was planned or if someone just decided to start playing the guitar) and so much noise – the sound of car horns teamed with Italians having fun. The grey Baroque buildings made from volcanic rock as a result of neighbouring Etna were covered in graffiti and street art. The street lamps were golden and dim, presumably because any alternative was too costly, but it created a magical atmosphere. It smelt of cannabis and bougainvillea. It was scruffy, bohemian and alive – three characteristics I would come to understand are very Catanese. And that was it, I fell in love. It may have been a handsome fireman that brought me there, but Catania became the main event and one of the greatest loves of my life. For over a decade now, I have returned there, usually once a year, with different friends and family, only recently bringing a boyfriend because I never wanted a memory of a breakup to tarnish the way I felt when I was there.

Every time I visited, I had a deeper experience. I met new people, discovered new restaurants, art installations, bars and clubs. As I matured, I turned to different places and appreciated different sides of the city and its culture. My 20s were spent sleeping all day and clubbing on the beach until 6am while we watched the sunrise over Etna. As I turned 30, I began to enjoy the food markets in earnest – never not delighting at seeing aubergines the size of pineapples and tomatoes as big my fist. In 2020, as we began Working From Home, I moved to Catania for two months, renting a place under a Baroque palace. I rose early and would join the locals for a coffee in the local bar, never not finding the early morning volume levels amusingly loud. I befriended my neighbours, who I still meet whenever I revisit. Catania has always had an artistic streak, particularly in the street art arena – there are works I now seek out and gawp at. The hostel I went to when I was 21 is still there, but now I go to a bar around the corner: a bohemian hole-in-the-wall covered in vines with great music and artfully mismatched (and genuinely ‘distressed’) furniture. The Sunday flea market is now an essential part of my stay, where I have bought more linen than any reasonable person could ever need. I have developed an unhealthy obsession with the Sicilian washing lines that drape like functional bunting across the street. My embarrassing fetishisation of this city’s laundry is proof that I love it wholly and completely.

When I’m in Catania, I am at my calmest and most creative – it turns me into the best version of myself. When I land, seeing Etna out the plane window makes me instantly exhale. I feel at home there. When I’m not there, I long for it. I miss it so deeply – the sounds, the smells, the people, the warmth, the spirit. I even miss the parts that annoy me: the nonsensical shop opening hours, the smell of the fish market, the erratic bus that pledges to take you to the beach but turns up whenever the driver feels like it. I miss its darkness: how, in the blink of an eye, you can find yourself in a district bleaker than Dungeness in January. The truth is the longer I’m there and the more I take in, the more deeply I fancy it. I go on about it endlessly to my friends and family. I am such a bore about Catania it has become an ongoing joke. I spend Sunday mornings mindlessly scrolling Italian housing apps looking at the properties I could one day buy – it’s my personal crack.

There is, in fact, a word that describes all this: topophilia, which is defined as a love of place. Up until recently, I haven’t wanted to write about Catania because I didn’t want people to visit and ruin it. A gentrified version would be like losing it altogether. So essentially, I am a jealous lover who wants to keep her paramour confined to my circle only. I know this is controlling, poor behaviour, but I’m being honest. Love does funny things to you.

The fireman of my first trip to Catania still follows me on Instagram and we exchange niceties from time to time. But he and I both know that my big Sicilian love was never about him.

Want to start your own Sicilian love story? Here’s where to get a room…