A toast to the women of champagne

In France's most revered vineyards the number of female growers is, well, growing. Royal Champagne Hotel is introducing guests to some of its favourites 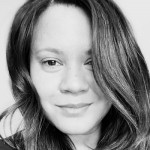 Memories of Champagne come in two vintages. One is scented with rolling hills, the gentle play of sun and clouds over vineyards; tender greens in spring, gold and umber in autumn, the soft haze of frost in winter – a peaceful beauty all of its own. The other speaks of buoyant energy: grapes picked and mashed, fizz trapped in dark cellars, corks popped and sabered, the raucous lifting of flutes and merry spillages on laden tables.

It’s no surprise that this unique terroir has given life – and purpose – to some of the most memorable women in winemaking. Take Barbe-Nicole Ponsardin, married at 21 to the heir of a textile and wine business. Widowed six years later, this plucky young woman defied societal conventions to save her husband’s champagne house, making the most of European courts’ sudden thirst for toasting Napoleon’s defeat. Her list of achievements reads like girlboss #lifegoals: creator of the first known vintage champagne, inventor of the riddling table (a clever device for purifying wines as ‘clear as water from a natural spring’), spiritual mother of rosé bubbles and (forgive us, Boney M), Russia’s greatest wine machine. Never heard of her? Look for her widowed name – Veuve Clicquot – on her iconic yellow labels.

But we needn’t go as far back as the 19th century to recognise the savoir-faire of the Champagne region’s grandes dames. This March, Royal Champagne Hotel & Spa is hosting a month of Michelin-star feasts in their honour, with hand-picked cuvées matched to individual dishes. Meet the women of Champagne… Father-and-son family businesses may be common in Champagne, but Delphine Boulard stepped up and started learning the tricks of the trade alongside her father in 2003. A few years later Champagne Francis Boulard et Fille (that’s ‘and daughter’ for the French-challenged) was born. Delphine now runs the vineyard, pioneering a biodynamic approach some 20 years ago, alongside her husband and son. She supports stopping the use of herbicides: it’s vital to her to be able to recognise herself in her wines, and in more sustainable growing practices.

To outsiders, wine production can feel like a bit of a boys’ club. What challenges have you faced?
It’s certainly a ‘masculine’ world, but as soon as I started working at my father’s side I became a viticultrice – a winegrower. That has always been my strength. I worked in the vineyard from the pruning season to the harvest. And if anyone had anything to say about it I just showed them my hands!

Who inspires you?
There are so few women in the business that we all know each other! Madame Bedel is a wonderful example of success in this male-dominated world. She turned to organic and biodynamic practices on her vineyards in the Nineties, with a woman’s touch. She’s charismatic, straight-talking. Her passion and her love of her wines are infectious.

The best glass of champagne?
The first vintage bottled under my name in 2009, at a spot we call ‘Paradise’ in the Marne Valley, with views over our vineyard. It’s easy to assume Dominique Moreau gets her mettle from her grandmother Marie Courtin, who tended to the vines herself during World War I. These days the bijou estate is mostly planted with Pinot Noir, which Dominique playfully experiments with. Fermentation takes place in oak barrels, enamel containers and even amphorae; she’s also encouraged the restoration of hedgerows, installed bee hives in the village, and makes her own seasonal compost and bidoynamic concoctions with her team.

Tell us about your approach
I started experimenting with Pinot Noir in the 2000s, to show how different materials used in the collection and fermentation processes could affect the resulting wine. And from the start I decided to work without dosage [added sugar] – that was my personal taste at the time, and it’s still my preference.

For me this profession is all about staying close to nature, and passing on our traditions. There’s so much pleasure in taste, structure, depth, colour… A lot of the young producers now are turning to organic agriculture and making the most of their lots’ unique qualities. It’s breathed new life into the region!

Who inspires you?
Growing up in the Seventies and Eighties, I watched my mother making her way in agriculture and in the business world. She faced these years of transformation – of women’s liberation – with determination, innovation and courage.

The best glass of champagne?
Something made with the utmost respect for nature, sipped on an Alpine summit somewhere! Champagne Bedel’s owner Françoise has been running the family’s Pinot Meunier vineyards since 1979. A single mother of two sons, she became one of the first biodynamic winemakers of the region after treating her eldest with homeopathic remedies when he fell ill. The entire nine-hectare estate was converted to organic and biodynamic practices in 1998.

What was this transition like?
For me the word ‘transition’ evokes a gradual transformation. My parents had their own preferences and vibes; mine grew over several months. It wasn’t always easy, but that’s where I get my strength from. I take such pleasure in being able to communicate with nature, to create my own philosophy of wine. It brings me other more personal joys too, but I’ll keep those to myself!

Are women finding their feet in the world of wine?
I’ve been around since 1979. Mentalities have really evolved since then. What was once judged negatively is now often seen as a positive. Women – sometimes even rather young talent – are taking over beautiful, grand estates and bringing their own energy. They’ve been quickly welcomed into the fold, and with much more of an open mind than in the past. Humility, creativity, strength, endurance and freedom – these are the essential qualities needed.

Who inspires you?
Women such as Anne-Claude Leflaive and Lalou Bise-Leroy, both from Bourgogne. They bring a soulfulness to their vineyards and to their wines.

The best glass of champagne?
In my last moments on this earth, I’ll raise a glass of my own wine at the heart of my vineyard.

Royal Champagne Hotel & Spa is showcasing these female growers – and more – throughout the month of March. Explore more fertile terroir with our collection of wine escapes