Nine of the best Paris galleries and museums 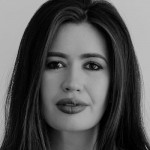 Paris, long considered Europe’s art capital, has serious cultural weighting. Works by Rodin and Bourdelle are dotted on many a street corner, iconic galleries sit shoulder to shoulder, its painterly avenues and romantic rooftops immortalised since the days of bohemia.

Following a brief passing of le pinceau to other major cities in Europe, such as London, Paris is now firmly back in frame. A series of new galleries and art spaces, as well as some updates at more established addresses, have placed the French capital in prime position as a magnet for artists and aesthetes once more.

So on your next visit, diverge from your standard culture route and quench your creative thirst with our art-led hitlist. In the bullseye centre of Paris, Bourse de Commerce, the city’s former stock exchange, cuts an impressive shape. Transformed by Japanese architect, Tadao Ando, the circular 18th-century building is now home to the weighty Pinault Collection, which spans some 10,000 works by nearing 400 artists.

Featuring paintings, sculptures, photographs, videos, audio works, and installations, Kering founder, François Pinault’s collection focuses on contemporary art from the 1960s to the present day. With the Louvre and the Pompidou for neighbours, this (relative) new kid on the block is in good company.

This small gallery in the eclectic 2nd arrondissement is open Wednesday to Saturday. Casual in atmosphere, the space, perched on the narrow Rue Sainte-Anne, is run by friends Bianca Lee Vasquez and Masha Novoselova.

Opened in 2021 to house a mixture of work by established and emerging artists, designers, and artisans alike, with focus placed on handcraft art and the living world. Amongst others, sculptor Raphaël Emine and multidisciplinary artist Berta Blanca have had works displayed here.

A man with a propensity for landing on the next big thing, Emmanuel Perrotin is a masterful gallerist. Since opening his first gallery in Paris in 1990 at the ripe age of 21, Perrotin’s presence has multiplied across continents, with galleries now spanning seven cities – from Hong Kong to New York, and most recently Dubai.

With a number of gallery spaces in Paris alone, art lovers will be spoilt for choice whilst in town. Pop your head into the 18th-century mansion on Rue de Turenne for a looksee, and don’t pass up a visit to their bookshop, as the gallery also publishes catalogues and special editions. Next year, Hauser & Wirth will make its long-awaited Paris debut. Fulfilling a ‘long-time dream to create a truly special space in Paris’ the gallery will occupy a 19th-century townhouse in the 8th arrondissement (which formerly housed La Maison Decour, a decorative arts gallery, until the 1940s).

Spanning four floors, the new Parisian space, close to the Champs-Élysées, will be designed by Paris-based architect Luis Laplace, a close collaborator since 2013.

Masterpieces abound in the Marais, and Musée Picasso Paris on Rue de Thorigny can claim quite a few. Harboured in the staggering Hôtel Salé, this romantic spot (made all the more so by the statement Baroque staircases at its front entrance) is home to the world’s largest collection of Pablo Picasso’s work.

The Spanish artist spent much of his life living and working in Paris, so there’s plenty of his paintings, as well as sculpture, photography, and drawings to work your way through here.

Though hardly a new name to note, with a rotating roster of temporary exhibitions there’s always a new angle from which to explore the museum and the artist’s oeuvre. For a total deep dive on Monsieur P, nab an audio guide on your way in.

If you find yourself in the Marais any day of the week (excluding Tuesdays, when the foundation is closed), venture to Lafayette Anticipation, located between rue du Plâtre and rue Sainte-Croix de la Bretonnerie. An address with experimental flair, Lafayette Anticipations was founded in 2013 (and opened its doors to the public five years later) and serves as a multidisciplinary centre that supports contemporary artists in the production of new work. Charlotte Ketabi-Lebard and Paul Bourdet have merged Ketabi Projects and Paul Bourdet Fine Furniture to form Ketabi Bourdet, a contemporary art and design gallery on Paris’ Left Bank. Tucked away from other galleries in Saint-Germain-des-Près – the one-time home of Simone de Beauvoir, Ernest Hemingway and co – the single-storey gallery is a dynamic addition to Paris’ gallery scene.

A firm favourite for design lovers, the Musée des Arts Décoratifs (aka MAD), situated in the Rohan Wing of the Palais du Louvre, houses collections of applied arts, through to graphic design and textiles from the Middle Ages to the present day. Perhaps best known for its captivating blockbuster fashion exhibitions, its lauded on-site restaurant, Loulou, is another popular draw (and the perfect place to ponder post-exhibition).

The Fondation Cartier has made a real impression in the city since moving to Paris in 1994. The airy, Jean Nouvel designed glass and steel building is an ultra-modern spectacle plotted in leafy surrounds. Visited (predominantly) by contemporary connoisseurs, the foundation places laser focus on promoting contemporary art.

Temporary exhibitions and popular Nomadic Nights (appealing to those with a penchant for the performing arts) draw wider crowds to the cultural centre at 261 boulevard Raspail.

Art lovers: enjoy our gallery of greats with our guide to where to stay in Paris