The Catalan capital is officially at the vanguard of modern mixology. Here are the bars to seek out for five-star sipping

Cocktails were not always synonymous with Barcelona. Drinking maybe. It’s known for its cava bars and a commitment to a morning vermouth. Partying definitely. A truly all-night city (10pm dinner makes 3am a reasonable time to arrive at a club), you’re hard pressed to find a weekend without some sort of local street festival.

However, a reputation for world-leading cocktails is a little newer on the agenda but well and truly cemented by the results of this year’s World’s Best Bar list. Three bars in the Catalan capital made the top 50 with two making the final 10, one of which – Paradiso – claimed the top prize. If you’re looking to sample what’s new and exciting in the cocktail world, Barcelona should be your first port of call. Salud! 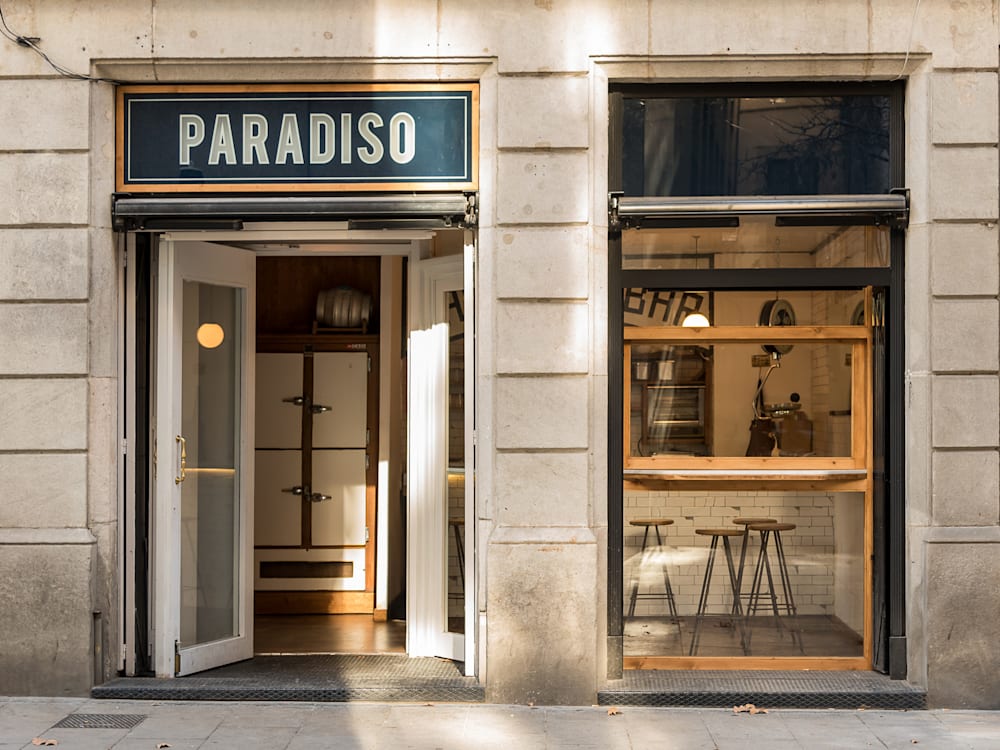 Moonlighting as a pastrami deli, the long line of customers curling round the block might give away that this destination is serving more than just a very tasty sandwich. To add to the fun, the wood panelled speakeasy is accessed through a retro white fridge.

Inside you will find a curved wooden bar that feels like being cocooned in a shell with the best seats in the house perched on a barstool watching the magicians at work. The new evolution menu sees cocktails being housed in all sorts of bonkers objects that turn drinking into a theatrical spectacle. Take the Voyage, a twist on a cosmopolitan served in a mockup of the famed spaceship or the Paradiso Express, a creamy toffee taste that’s delivered via a miniature steam train. Paradiso, Carrer de Rera Palau 4 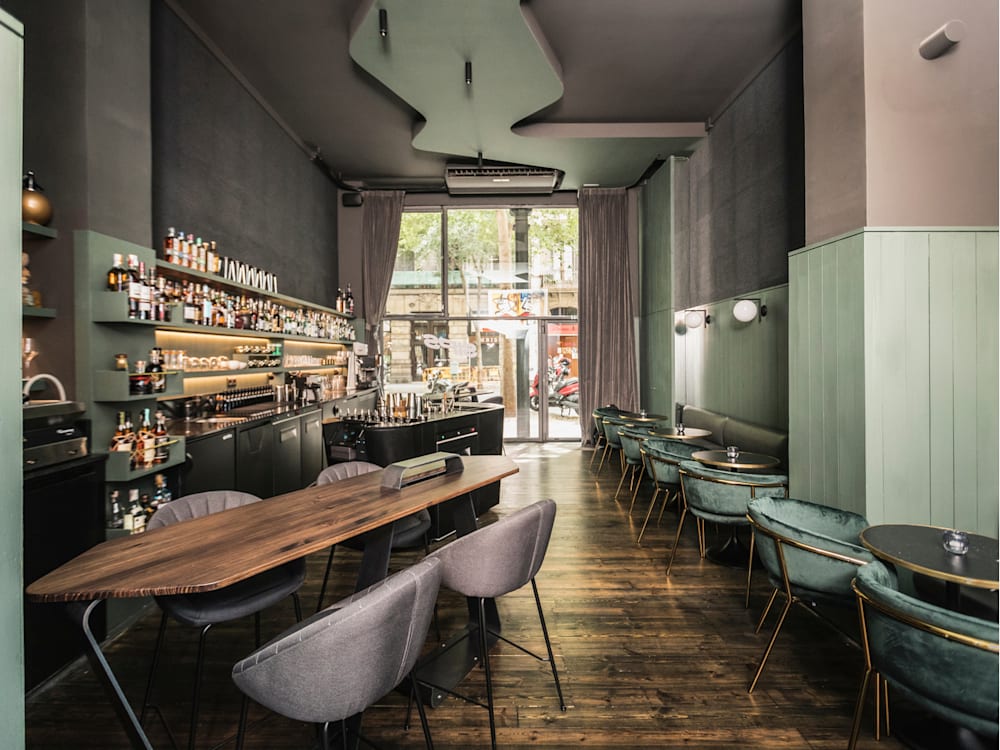 Coming in at number three on the list is Sips, with its sleek, minimal, black aesthetic, where all eyes turn to the central bar’s action which usually resembles something like Willy Wonka’s factory. It’s hard to hold much of a conversation without cooing over the offbeat alchemy: smoke being blown, bubbles being made, ice being shaven.

Some embrace out-there ideas like the Krypta which creates an aromatic experience designed to be drunk and inhaled thanks to the egg shaped vessel and freshly strung herbs, and the classics have been given little twists like the mezcal margarita with a cacao rim and the espresso martini made with cold brew coffee and a spoonable frothy cream top. Sips, Carrer de Muntaner 108 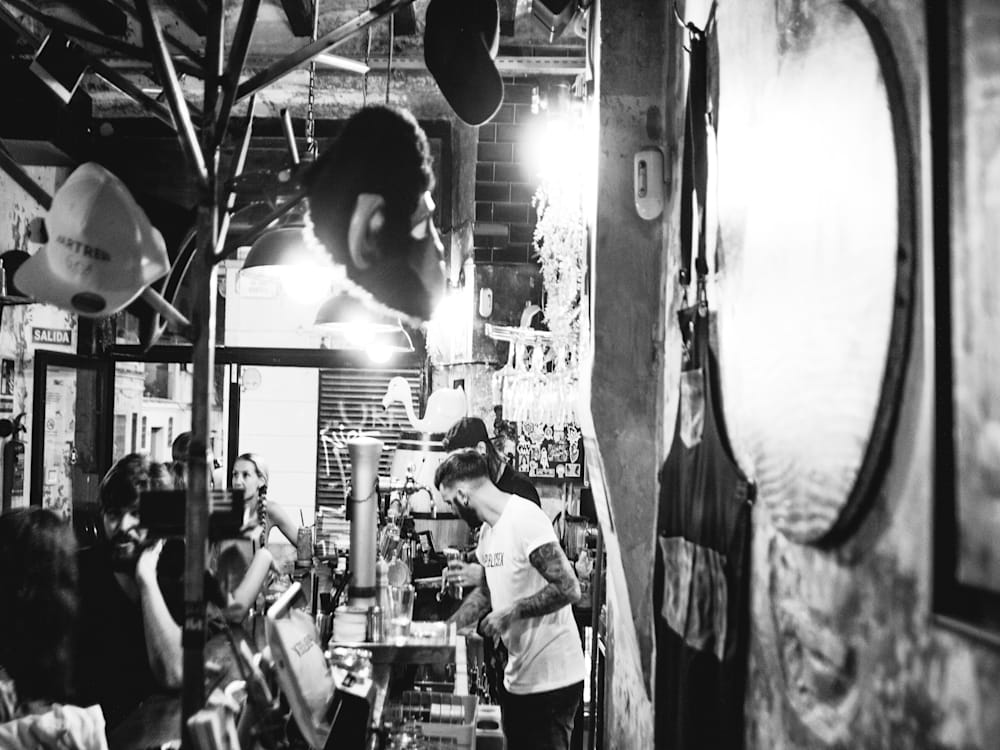 Located at the foot of Montjuic, the neighbourhood of Poble Sec is off the main tourist trail but home to some of the city’s best eating and drinking spots. Case in point: Lilith & Sons. This laidback bar with rough-round-the-edges decor serves up creative cocktails alongside a small menu of excellent tapas bites.

Come for the twisted negroni and the sweet potato bravas and stay for the enthusiastic bar staff and regular live music. Lilith & Sons, Carrer d’En Fontrodona 23

In the labyrinth of narrow bunting-lined backstreets behind the Picasso museum you’ll find a rather unassuming bar that, on closer inspection, is anything but. In this apothecary inspired space jars of preserved herbs and spices line the walls and lab equipment is left strewn about.

It all makes sense when you learn that Dr Stravinsky craft their own unique ingredients and are big on experimentation with fermentation and distillation. The menu is peppered with homemade liqueurs and bitters alongside things like kombucha and kefir, and it’s all broken down by technique (although a cosmic flavour map at the beginning – and the helpful staff – makes narrowing down your options a little easier). A cocktail geek’s dream Dr Stravinsky, Carrer dels Mirallers 5 A long-standing bar in the Born neighbourhood, Marlowe had a previous life as Gimlet with the new incarnation taking its name from the fictional detective who so loved this classic drink.

The revamp was done with a light touch and the vibe pays homage to clandestine cocktail dens of years gone by, complete with bow-tied barman and a beautiful curved bar. The cocktail to order is the La Mirada de Marlowe, a totally unique drink that is mixed up to suit your personality and mood. Marlowe, Carrer del Rec 24

Want to get high? Here’s where terrace lovers should stay in Barcelona